The Worimi region is situated between the Biripi nation to the north and Awabakal nation to the south. The exact boundaries are often debated and have, over time, become quite blurred, especially as to the northern border shared with Biripi. In some resources, Tuncurry, Blackhead and Nabiac, north of Forster, are included in Biripi country. They are often included in Worimi also, especially since these areas are also part of what we refer to as the Great Lakes. Biripi and Worimi nations both speak dialects of Gatthang, highlighting the closeness of these two nations both now and in the past.

Our local Aboriginal Education Consultative Group (AECG) and Aboriginal Land Council cover the area of the Great Lakes, including Tuncurry, Blackhead and Nabiac. The regional AECG includes the Great Lakes, Taree and Gloucester areas. Most Aboriginal people in the Great Lakes identify themselves as being of Worimi descent and local schools in our area respect this. Generally, use maps of nations as a rough guide. Our region has been a popular site in many early expeditions by both Captain James Cook and John Oxley. 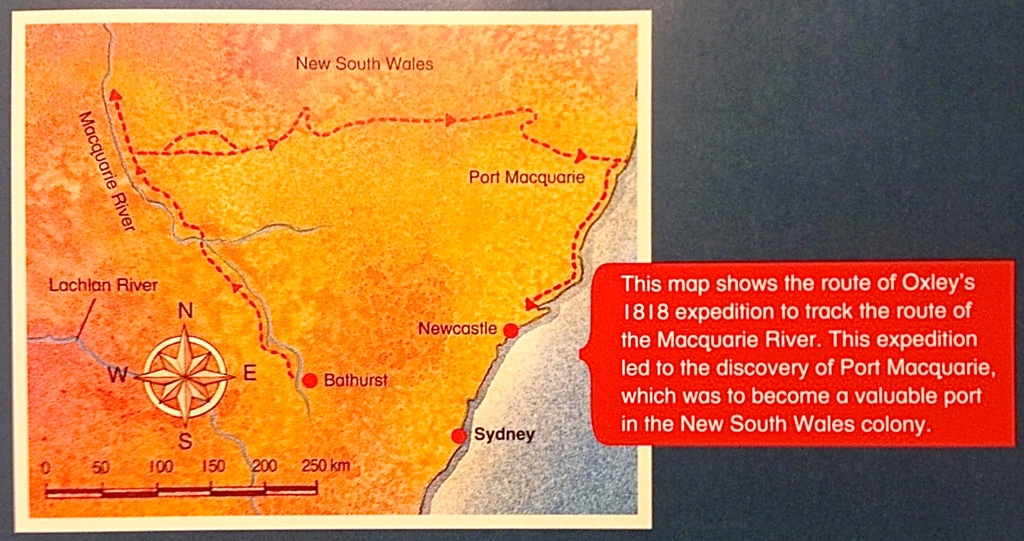 John Oxley came through our area on 26 October 1818. He wrote about the Forster Tuncurry channel (‘the lagoon’).

The Lagoon itself is at low water nothing but a sand shoal, with narrow and shallow channels.
The surf beats right across the entrance and though at high water a small vessel might beat over the bar it would be mere chance if she escaped being lost upon the sand rollers inside, the surf breaking with flood tide and easterly wind a full half mile within the outer bar.

The country west and south west of the lagoon (channel) is rising forest land of pleasant appearance, but the shores are flat with thick bushes and steep fresh water swamps.

It seemed that John Oxley did not have a good first impression of the area. To him it seemed uninhabitable.

In 1862 / early 1863 George Garlick Godwin and his family were the first white settlers in Forster. Forster was originally named Minimbah by both the Aboriginal people living here and early settlers, such as George Godwin, as well. It was renamed Forster after the Secretary of Lands (1868-1870) William Forster. A man named John Hall submitted a design for the Village of Minimbah in 1868 and in 1885 the word Minimbah was crossed out on the plan and replaced with Forster. At the time of submission, George Godwin, Murdoch McIntosh and Thomas Hill had occupied different areas of Forster and these lands were not replaced in the plan.

Tuncurry is an Aboriginal word meaning ‘plenty of fish’.

Shipbuilding, timber-getting, milling and fishing were the main industries early on in the area. John Breckenridge established a sawmill in the early 1870s. In 1875, John Wright took out a ninety-nine year lease on the land we now know as John Wright Park. Here, he established a timber mill, shipyard, slipway and several buildings. When the lease ran out it could not be renewed and the area was made into a park. There were several Aboriginal men employed at this shipyard, including Aunty Janice Paulson’s father, Napieo Paulson.

There were also many attempts to calm the waters and allow for larger boats to manoeuvre through between the two towns. Attempts included the blasting of the bars and clearing of mud in the Wallamba River to allow for deeper transport up the inland settlements. When the ferry was introduced to the area in the 1920s, the lake was frequently dredged to allow it to move between Tuncurry and Forster. The sand from this was piled to make the islands we see today. Before settlement, Aboriginal people had just walked across the lake at low tide.

The Tuncurry and Forster break walls we see today were originally not so long and made of rock transported from the Coolongolook area. In 1938 it was extended, and again in 1965. Before our beautiful bridge was built in 1959, a regular row boat service took people to and fro between the two towns. In 1920 a vehicular ferry system was established and in 1946 a passenger ferry was also established.

The following extracts are from Aunty Janice Paulson’s personal recount of growing up in Forster in the 1950s. Aunty Janice is a valued Worimi community member, having spent most of her life living here in Forster. These are her stories: 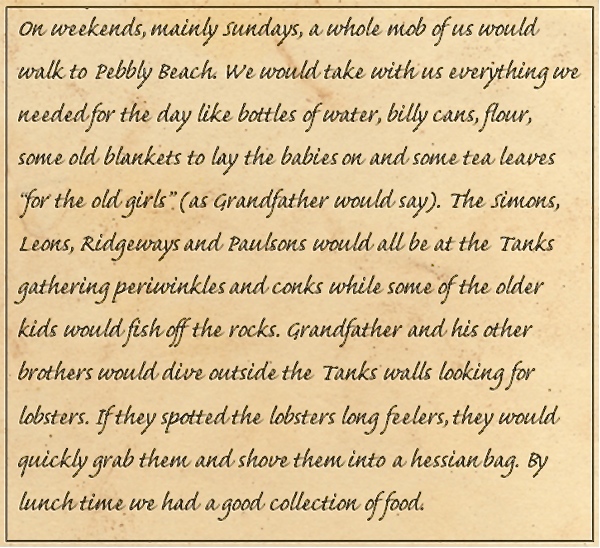 Below are photos provided by Aunty Jan Leon. 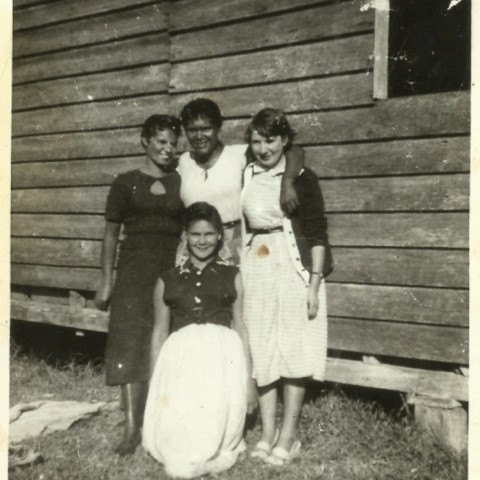 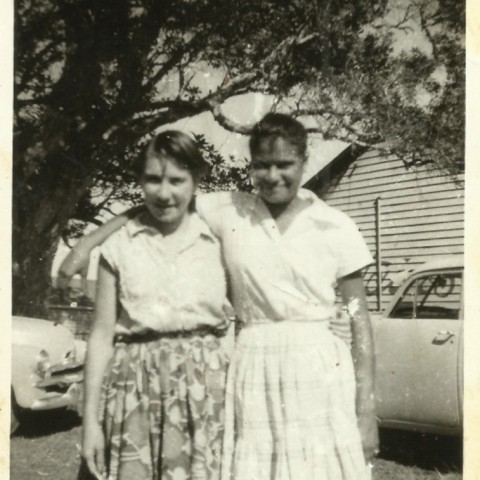 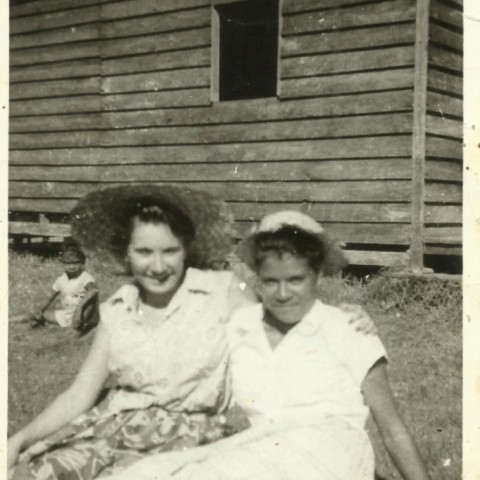